in wounds, eczema and mycoses

Sodium hypochlorite for deep, quick and safe cleansing of skin and wounds

In the AMAMUS Vet system, the three different technologies are coordinated so that they act synergistically and create a symbiosis. 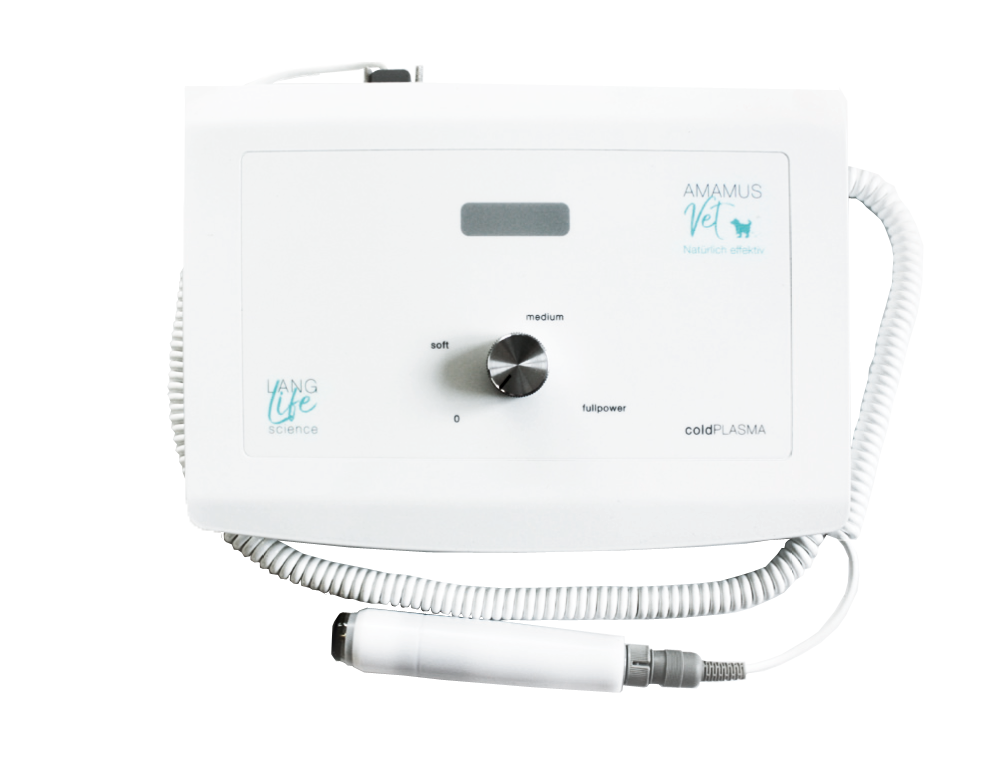 Your benefits at a glance

2. coldPlasma:
Accelerated regeneration and cell renewal in combination with antimicrobial properties makes coldPlasma a unique technology on the market.

All three technologies by themselves already lead to high levels of treatment success.

AMAMUS Vet System combines all three different technologies in a way that they act synergistically and form a perfect symbiosis.

It helps to soothen and regenerate the treated skin areas and therefore to actively reduces the use of antibiotics or other pharmaceuticals.

In nature, plasma occurs in all forms of lightnings. In industry, plasma is utilised for coatings, finishings and for desinfection purposes.

3) reduces pain as well as itching

Scientific background - plasma-medicine
Plasma-medicine emerged during the last 20 years. Few medical sectors received such wide scientific interest as did the field of plasma-medicine. The first professorship for plasma-medicine was established in 2011 in Germany where the two Universities of Göttingen and Greifswald as well as the Fraunhofer and Leibnitz institutes need to be highlighted.

In the meantime, the technology has been tested by more than 40 renowned universities, clinics and institutes all around the world - among which such well-known names as: North Carolina, Oxford, Cambridge, Osaka, and many more… . Apart from the application for wounds, exzemas, mycoses and viral skin disorders, cold plasma is being/ will be used in cancer research.

In 2012, the first consensus paper dealing with the application of cold plasma has been released.

Where is cold plasma being used?
Scientifically confirmed scopes of application are:

It is now general consensus that the coldPlasma technology is an excellent therapy for these 3 indications and shall find more use in these ranges of application.

Important is the sustainable success of our customers